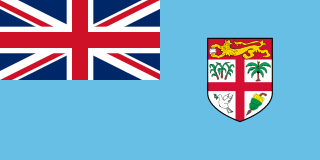 Fiji is the biggest country in the Pacific ocean. This is the political center of the south Pacific, as it hosts the headquarters of most political organisations gathering pacific nations.

Despite being a set of around 300 islands, the biggest threat to Fiji is not sea level rise. Indeed most of these islands are volcanic so they will not be underwater anytime soon.
But tropical cyclones are tragically threatening Fiji, and they tend to become more frequent and more violent due to climate change.

In February 2016, Winston hit Fiji. It was the strongest cyclone ever recorded in the country. Many people died or were injured, while others had their whole houses completely destroyed, and were left with close to nothing.

Fijians have limited natural resources, which makes the situation even worse. Indeed, when cyclones hit, the inhabitants are completely dependent on humanitarian aid. For instance, it takes several months to coconut trees to produce new coconuts.

Pacific nations are very small countries. Therefore, they have a limited diplomatic strength. But when they unite their voices can be heard. Thanks to organisations such as the Pacific Islands Forum, they were able to defend their interests at the COP21 in Paris, which was an important factor in the success of negotiations.